AKRON, Ohio – (March 15, 2010) – Ken-Tool, a provider of specialty hand tools for nearly 90-years, today announced the promotion of Rock (Rockford) Tyson to the position of Vice President of Sales and Marketing. 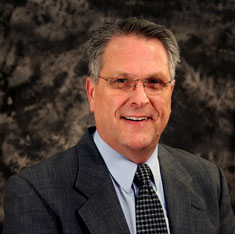 In his new role, Tyson will direct all domestic and international sales and marketing efforts for the Ohio-based company.

Previously Director of Marketing and Sales, Tyson has been instrumental in strengthening the company’s position as a leading manufacturer and marketer of hand tools for commercial, truck and automotive tire service applications.

Despite the lagging economy, Tyson’s leadership has led to significant growth in the company’s contract forging efforts.  “Rock has been a key part of our success during the last three years, and we are thrilled to promote him to this important position,” said Doug Romstadt, Ken-Tool’s Executive Vice President and Chief Financial Officer.

Mr. Tyson joined Ken-Tool as Director of Marketing and Sales in 2007. He had previously held marketing positions with Stride Tool (Cleveland, Ohio) and Ridge Tool (Elyria, Ohio), and his experience includes marketing, sales and engineering positions with Michelin, Dunlop and BFGoodrich.

Tyson received his Masters of Business Administration from Baldwin-Wallace College (Berea, Ohio) and his Bachelors of Science degree in Mechanical Engineering from Trine University (formerly Tri-State University) in Angola, Indiana.